Hmm, it’s true I’m afraid! I’ve got an x-ray appointment in a week’s time, just to rule out anything more sinister than inflammation or knots i.e. arthritis. I’ve done nothing really to speak of since I last posted here, not even yoga. I’m taking Naproxen which apparently is also given to horses! Considering I once poked fun at a fellow runner for using horse liniment I think that’s hilariously ironic! Unfortunately the pain isn’t any better, despite doing next to nothing. Walking further than a few hundred yards has me creased up. I’m actually considering buying a walking stick!

But I am beginning to wonder if I have bursitis. Descriptions I am reading of the pain associated with bursitis of the hip is quite different to the pain I’m experiencing. Bursitis pain is generally felt at the hip and down the outside of the leg. My pain is largely in the groin, with referred pain down the front of my leg.

I found this site helpful. Blogger Heidi Dawson is a Graduate Sports Rehabilitator and a runner. In this section she describes differing injuries and I think my injury relates closest to pectineus injury, rather than bursitis. Of course there might be a bit of both! I’ve been referred for physiotherapy, so maybe I can find out more when that first appointment comes through?

I’ve been looking at low impact forms of exercise. A friend suggested cycling, but I was concerned about the rotational effect on my hip and discounted that. The nearest swimming pool is a 20 mile round trip away, so not very handy, and walking hurts! I’m not entirely sure what that leaves me with! I just don’t feel the buzz doing yoga. Maybe it’s because I have to set up the Wii and do the poses in the living room, rather than hide in the cabin where I keep my treadmill and run in peace. Maybe it’s because running is what I want to do and if I can’t do that I don’t want to do anything. 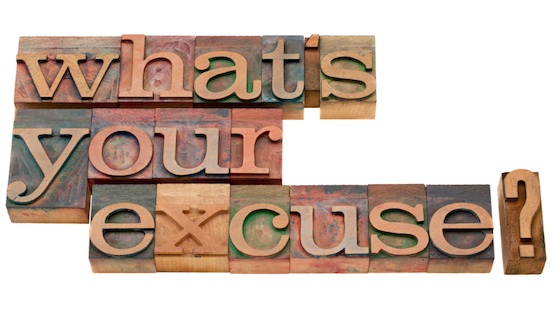 I returned to the doctors on Friday, limping in so badly that the receptionist offered me use of the lift. My hip pain is no better than it was in November and I can’t quite work out what I’m doing to aggravate it. Just living, I think.

The doctor poked and prodded all the sore bits and said she still thinks that it’s bursitis. She asked me what made it worse.

“Well,” I replied “Walking, walking uphill especially, standing, sitting, standing and sitting, walking slowly, walking fast, driving, lying on the left hip, lying on my right hip, but not running.” I added that I’d done the Edinburgh Winter Run recently and had limped there and back, but ran the race without a problem (discounting the effects of the weather!) What I really wanted her to say was “Well if running doesn’t hurt, keep running!” but instead she just stared at me when I said that I’d taken up yoga until I could run again. Was yoga ok? I got the distinct impression that rest was the only “ok” thing on the menu.

So that’s where I’m at. Exercise, at the moment, consists of walking to the pub and lifting a pint of Guinness. I was worried that not running would mean an immediate load-on of weight, but that’s not happened. I’ll just have to watch what I eat and simply let my hip heal. And be patient.