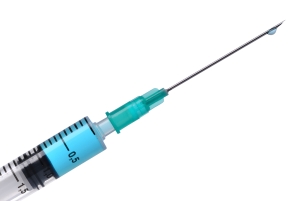 It’s the morning after my steroid injection. My husband keeps asking how I am and if it hurts and I keep on saying “I don’t know.” I’ve felt so lousy for so long that it became a norm and so now I’m getting used to life after bursitis.

The procedure itself was a doddle. I wish I’d pushed for it months ago, instead of going along with treatments that were never going to work because the bursa was too inflamed to respond. Instead I struggled along, icing my hip at every opportunity and, even, in the end, having to walk with the aid of my grandmother’s walking stick. I was old before my time.

It was done by a physiotherapist. She explained everything twice, once before the procedure and again afterwards (just in case the words had slid off my over-anxious brain). I don’t need to avoid gory details, because it wasn’t at all gory. I lay on my good side with my back facing the physio. The area was still very swollen, so she knew where to go! She felt for the worse spot, guided by my ‘ouches’, marked it with some sort of punch (just a nip on the skin), injected a local anaesthetic and left the needle in place whilst attaching the steroid tube. I was told I’d feel a little pressure, which I hardly did, and that was it. The whole thing took less than 30 seconds and I felt just the local needle and that was just a scratch. Amazing.

Having had it, I wouldn’t hesitate to go for it again. It was nothing, absolutely nothing, especially in comparison to what I’ve endured for five months.

I waited at the hospital for half an hour, advised to do so in case of an adverse reaction to the injection and then was chauffered home by my very worried looking husband who hates needles. I’ve been told to stay off my feet as much as possible for 48 hours to allow the steroid to settle in the area and not get dispersed. The local anaesthetic wore off around six hours after the fact, so I took a couple of ibuprofen and half a bottle of wine, all for medicinal purposes and slept like a baby last night!

This morning I have no pain and no apparent side effects, but I’m very aware that without either I might be tempted to do too much. I have already been warned to sit down and watch “Star Trek and Gotham and whatever other rubbish you have saved.” So I will.

After that I have to take it easy for ten days; no housework, no ironing, no long walks, no standing for too long, definitely no exercise! I have a physio appointment for two weeks time. I’ll be reassessed and will be able, if everything is alright, to start my strengthening exercises again. It may be a wee while yet before I can try a treadmill run. 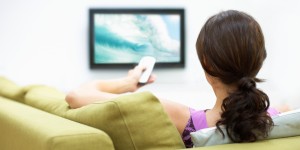 Today I had my appointment at the podiatrist. Located in small cupboard in A&E, the orthotics department was manned by a very pleasant Geordie named Tony and a friendly administrator whose name I can’t remember, but it’s on the letter, apparently.

Tony carefully read through my notes and noted that the physios had measured a 15mm difference in my leg length. I was prepared for half an hour of prodding and assessment using state of the art equipment. Instead Tony asked me to place my left foot on a small piece of plywood with “3mm” marked on it in felt tip. Looking at my shoulders Tony shook his head and replaced the 3mm ply with a 5mm. That still wasn’t right, so we carried on this process until he got to a 9mm piece of wood. “That’s it,” he said “That’s the most I’ve got.” I had depleted Tony’s woodpile.

Tony reached into a chocablock cupboard and fished out a set of cork inserts. Placing one insert in my left trainer he promptly placed the shoe on my foot and tied my laces. That’s personal service. I bet you don’t get that in London. He even put the other shoe on for me!

So, here I am, slightly taller than the last time I wrote. 9mm taller, to be exact. I’m to give this a shot for a couple of weeks and report back with any problems. If I need a higher lift it’ll mean sending my shoes away and getting lifts inserting externally. I honestly don’t think I have a nice enough pair of shoes I can do that with!

My appointment to get my cortisone injection has also been made. I’m spending every spare moment applying icepacks to my swollen hip and that is helping calm the swelling down. Hopefully by the time my appointment comes round the swelling will be minimal and hopefully I can go ahead with the injection. Words I never thought I’d be typing!

It’s been ages since I put fingertips to keyboard. If I’m honest, I’ve not felt like sharing more bad news and general moaniness. This is meant to be a running blog and running isn’t something I’ve done anything of lately. Limping, I’ve done. I’ve hobbled a bit too. I’ve even done the leg collapse thing. Last weekend, whilst attending a car show with my husband, I even considered hiring a mobility scooter. Running people over might have been the closest I could have come to actually ‘running’.

The ultrasound treatment didn’t work. Apparently it wasn’t likely to as the bursitis is chronic, but (and I do agree with this) the physios like to try less invasive methods before anything else.

So far as future treatment is concerned, well, I’m in line for a cortisone injection. However, as my hip is so badly swollen with bursitis, I can’t have the injection until I can reduce the swelling. So I’m having to apply ice packs several times a day and, when I can’t apply an ice pack, I’m wearing Deep Freeze ice patches – which thankfully are on special offer at Superdrug at the moment! The alternative is aspiration of the bursa fluid, which isn’t pleasant and involves a large needle. Nuff said.

I am now also doing a further modified version of the clam exercise and, from what the physio said this week, I’m going to be having continued sessions for some time until my hip strength can be improved. I need to improve that strength the prevent this from all happening again. And, believe me, I don’t want to go through this ever again!